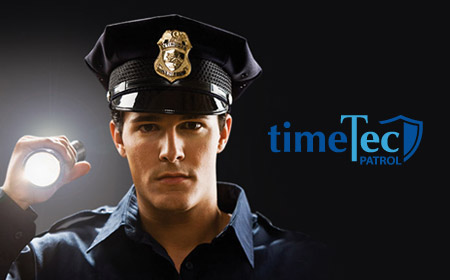 
Guard patrol system positions guards on specific patrol routes to surveil companies and organizations' assets and environment within the given time intervals, ensuring the security of the surrounding at all times. The most common guard patrol system uses handheld devices or better known as tour wand to perform tour rounds and the reports of the patrol rounds retrieval post-tour only. TimeTec Patrol incorporates iOT devices, smartphone and cloud technology to offer the industry with a more effective guard patrol system to date.

Using TimeTec Patrol, security firms and their clients can monitor the activities of the patrol guards in real time, leaving little room for disobedience or straying from the actual duty. Each guard will be given a tool i.e a smartphone installed with a patrol App and he has to perform his round by tapping on the NFC tags scattered along his assigned route. During a guard's patrol duty, he can receive additional tasks from the control room; send notes and photos to report any incidences he observes in real time. And, the mobile App is equipped with SOS feature to be used during emergencies.

By using a cloud guard patrol system, security companies will be updated with the goings-on at all times with live feed, incident reports and detailed view of guards' activities from a reliable centralized system.